The Globe Pendant Light, A Mid-Century Favorite Then and Now

While the globe pendant light has made a triumphant return, appearing in design magazines and well-decorated contemporary homes as of late, this mid-century fixture never fell out of favor. Since its inception, the globe light fixture has remained a cult favorite among mid-century enthusiasts from California to New York.

The globe light was popularized by Joseph Eichler, an accomplished real estate developer who raised over 11,000 homes between 1949 and 1961. His vision was to bring modern design from exclusively monied corporations and make it available to inclusive, middle-class communities. The Eichler homes featured minimalist a-frame structures, open floor plans, and airy atriums complemented by the globe pendant light. The effect was a peaceful setting that embraced natural elements and brought the outdoors in. To this day, Eichler homes are coveted and meticulously maintained as they are seen as the quintessential mid-century build.

So if you’re considering including the globe pendant light in your home or business, you can rest assured that the fixture has transcended trend, becoming a classic staple for the modern home.

Because the globe pendant light has such an understated silhouette, it is easy to incorporate with existing home styles. The pendants are perfect above the kitchen sink, illuminating a small table, or in a pair or trio above a kitchen island. Updated globe pendants are available in an array of diameters, from 7” to 14,” so you can accommodate spaces of all sizes. 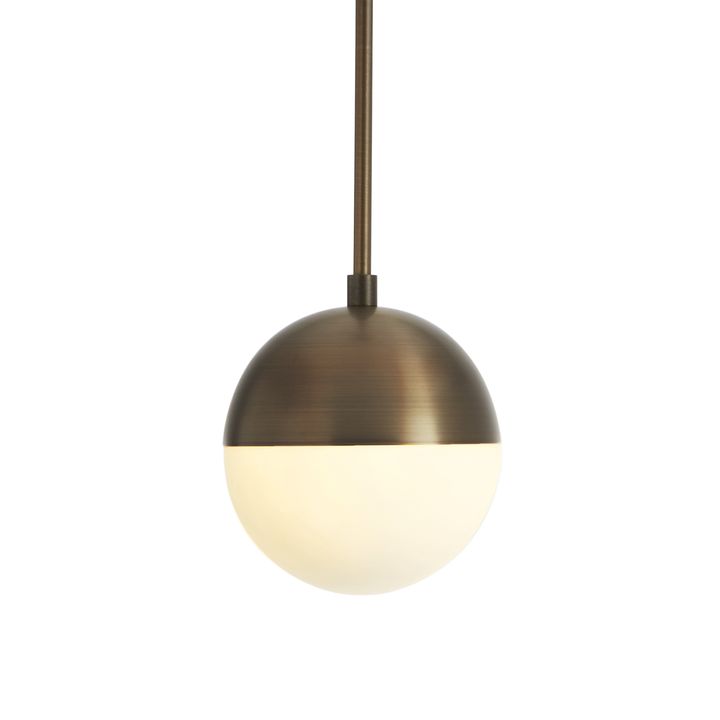 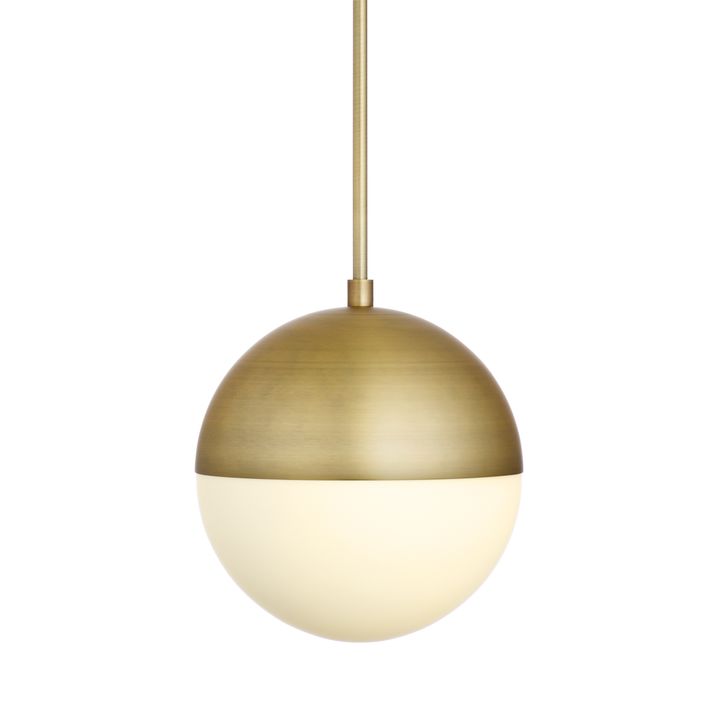 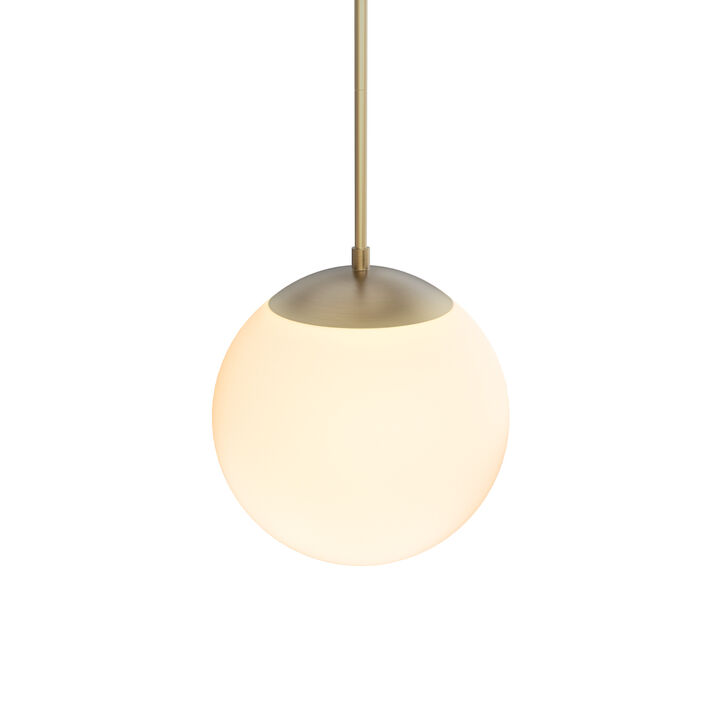 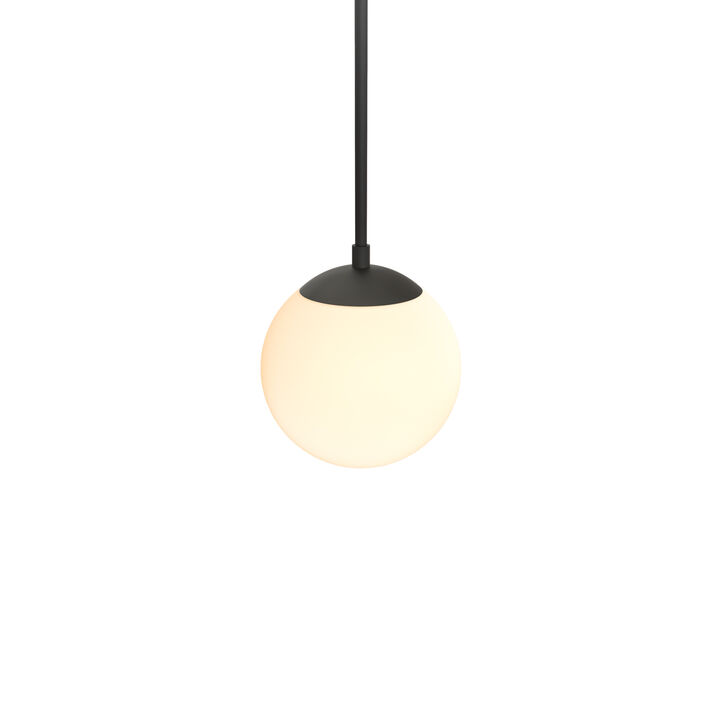 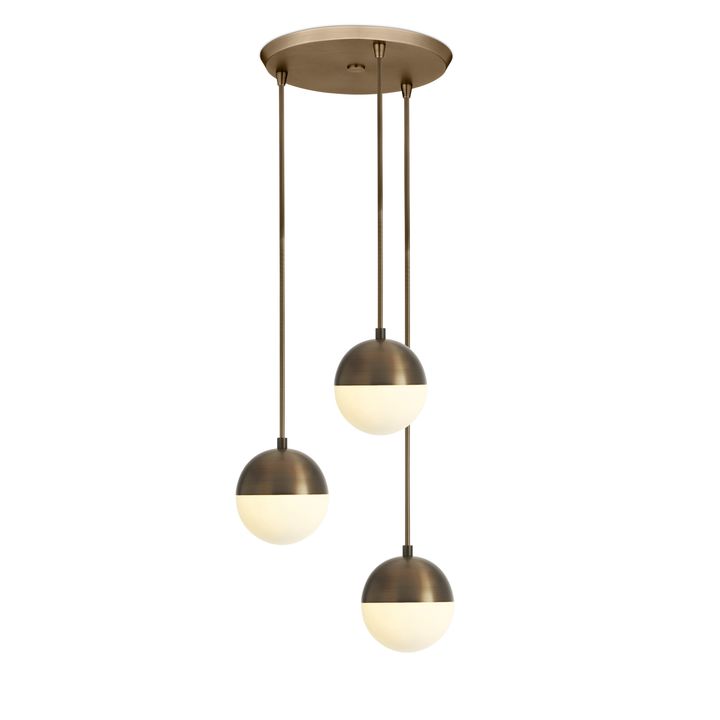 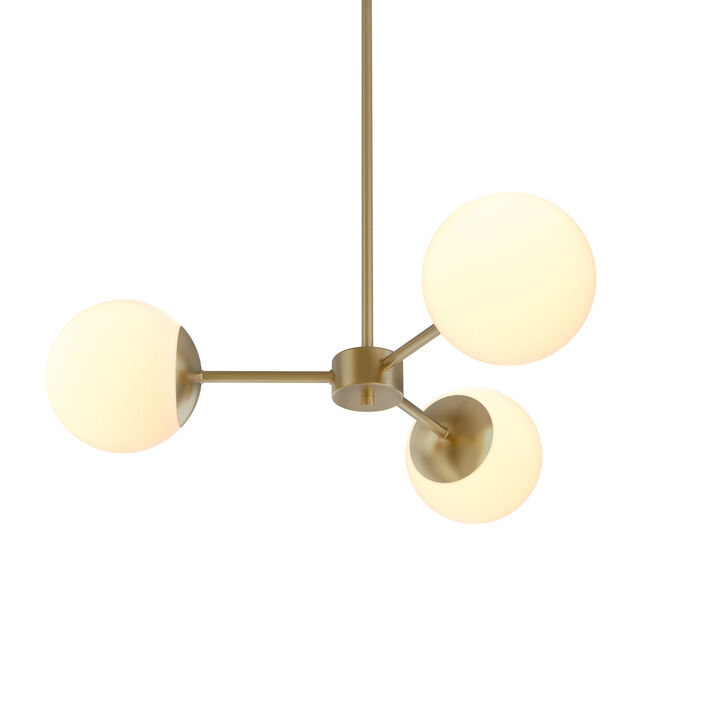 Featuring an array of pendants, the glass globe chandelier is a versatile statement piece. With its two-tone white and metal scheme and simple, radial silhouette, a globe ceiling light is bold, yet understated, adding a point of visual interest without outshining your home decor.

These chandeliers are great above the dining table, in an entryway, or as the centerpiece in a living room.

For rooms with smaller ceilings, consider the Powell semi-flush mount. With it’s shorter stem, it will give the warm, minimal effect of the mid-century globe light without occupying precious space. 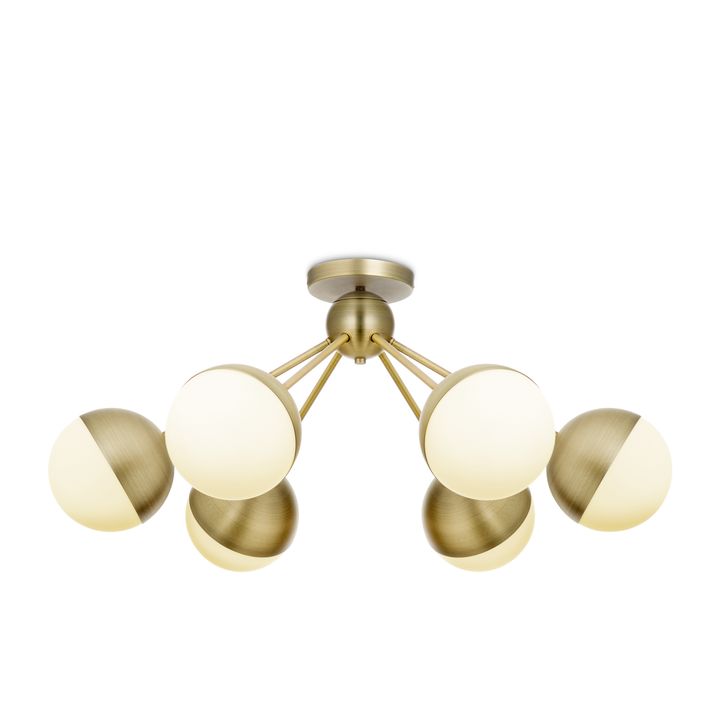 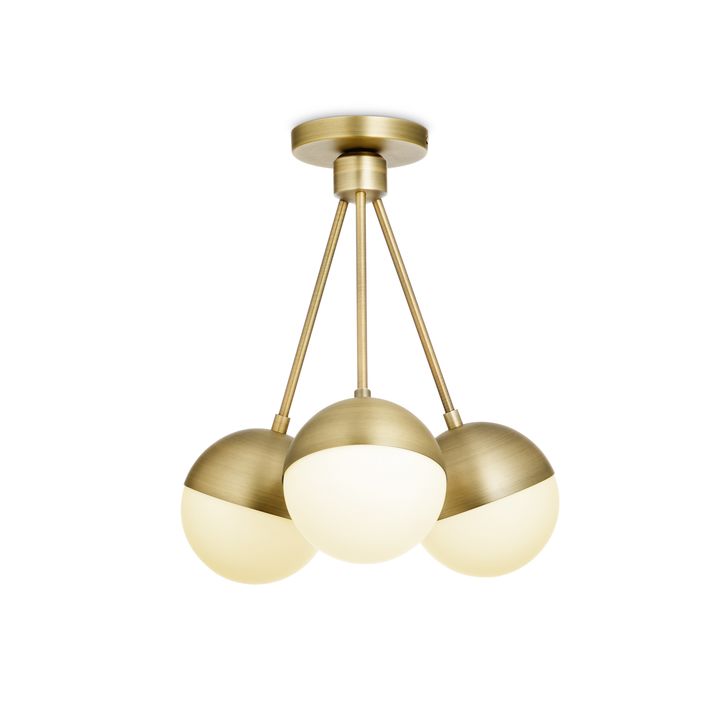 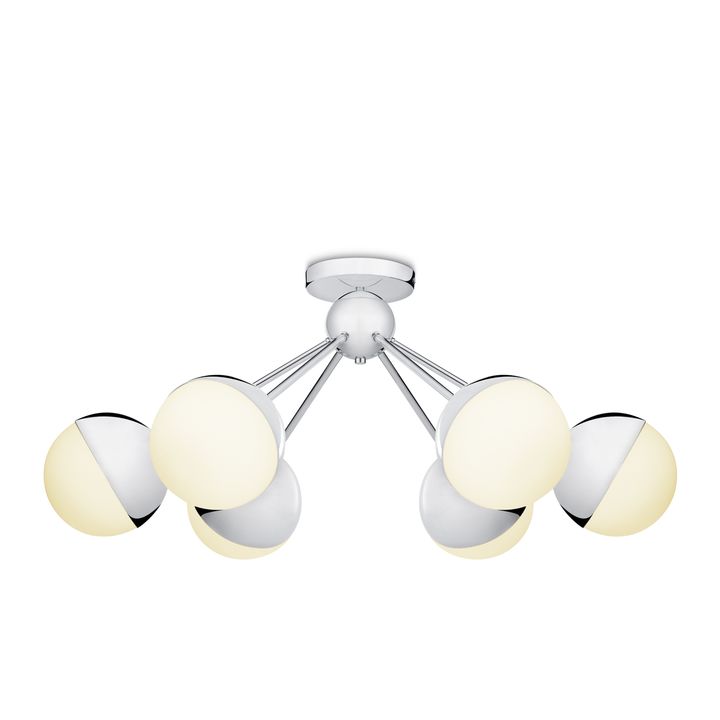 If you want to enjoy the style without the hassle of installation, opt for a globe lamp. They add a mid-century touch to any side table or desk. Another plug-in fixture is our Powell sconce. With its convertible wiring capability, it can be inconspicuously powered by a nearby outlet. 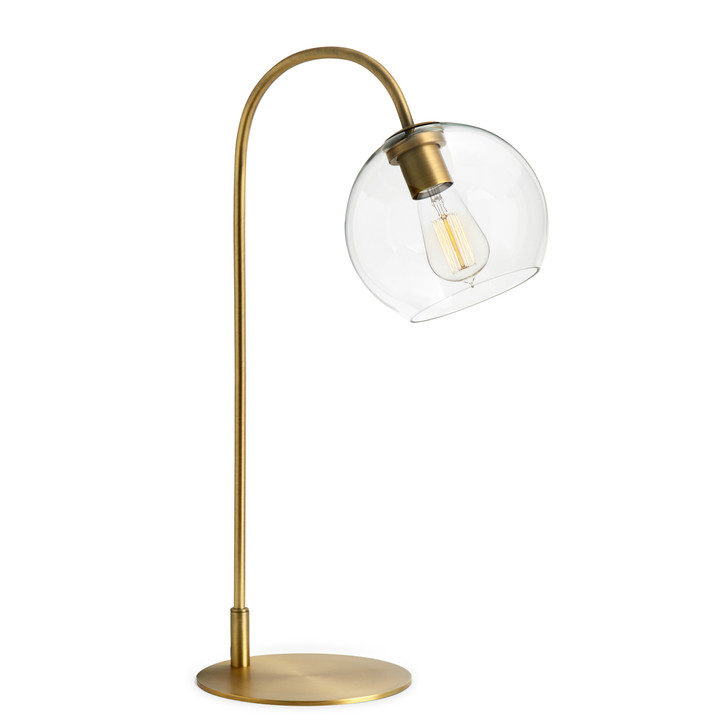 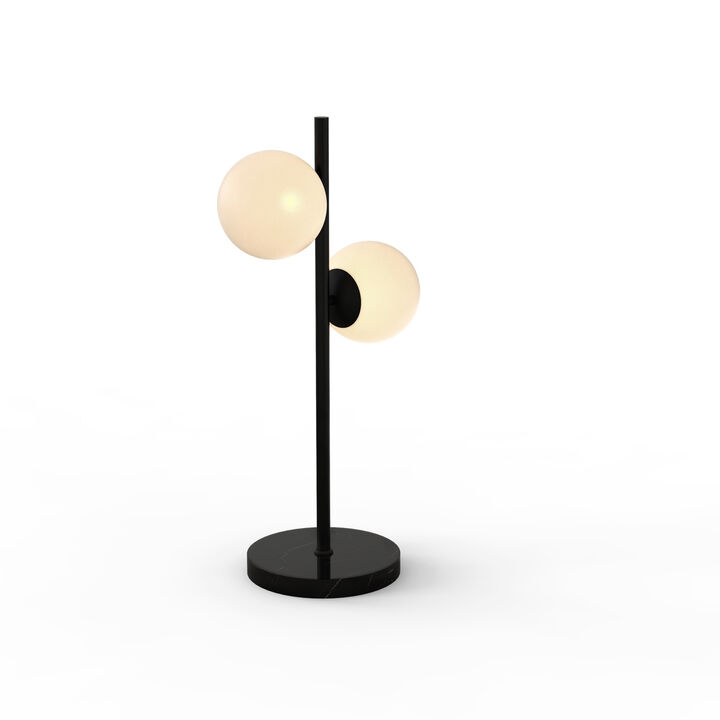 All questions are answered within 24 hours.

Your question has been submitted.

Choosing and installing the right dining room chandelier for above your table can truly determine the ambiance of the room. There are tips for guaranteeing light is distributed evenly throughout the room, and there are proper installation tricks to ensure none of your guests are eating in the dark! Here’s our how-to guide on dining room chandeliers to help you pick the perfect one, hang it just right, and create a comfortable atmosphere in your dining room.

Our Powell Collection is a nod to classic mid-century design, reimagined for the modern home.